OpenStack provides autoscaling features through Heat. This feature reduces the need to manually provision instance capacities in advance. You can use Heat resources to detect when a Ceilometer alarm triggers and provision or de-provision a new VM depending on the trigger. These groups of VMs must be under a load balancer which distributes the load among the VMs on the scaling group.

Whether you are running one instance or thousands, you can use autoscaling to detect, increase, decrease, and replace instances without manual intervention.

An example of deploying a WordPress stack

You can find an auto-scaling example template for Heat on the official OpenStack Github repository. The following example uses a similar template based on the official one, which uses a snapshot of a VM with WordPress already installed and configured over an Ubuntu operating system as a base image.

You need the following parameters:

Use a Heat specific resource to define the scaling group: size and image that will be used to scale. You must make some changes on the database as every time the saved image is initialized, the public IP must be updated on the database. Use the user data to do this. See another file lb_server.yaml.

In the lb_server.yaml file, define the image to initialize each time that the alarm triggers. These are the parameters that will be filled from the original template (the official one):

The following diagram shows the process when you launch the Heat stack: 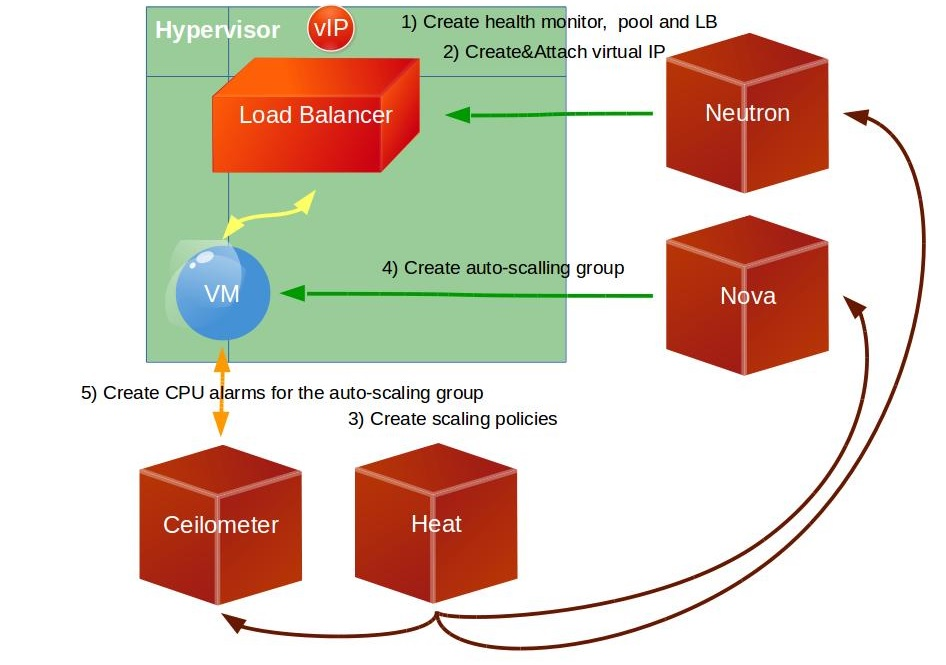 When the VM reaches the high CPU load limit that you set, the alarm in Ceilometer triggers and a new VM is initialized. This diagram shows the process: 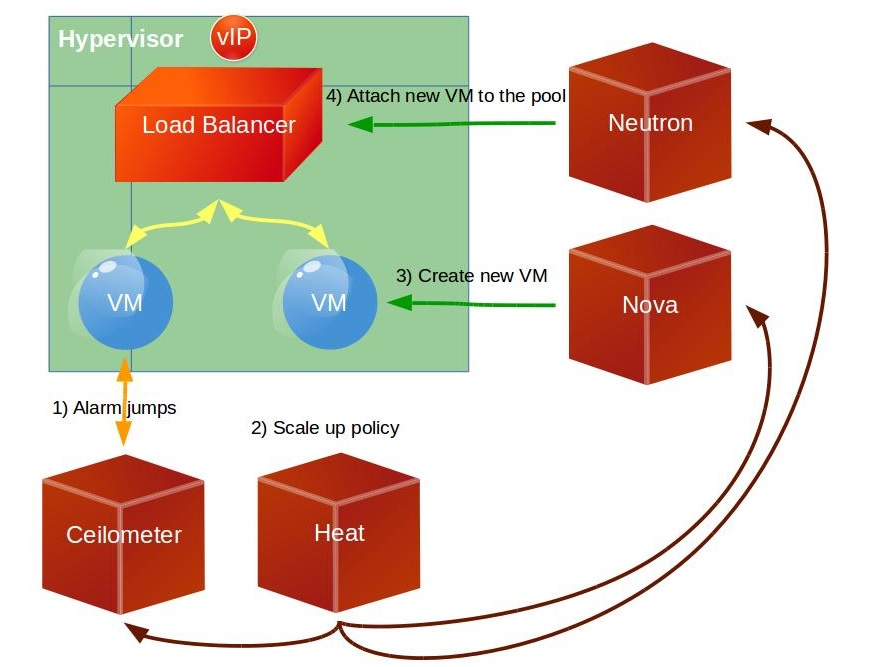 The same process occurs when a VM reaches the low CPU load limit as shown in this diagram: 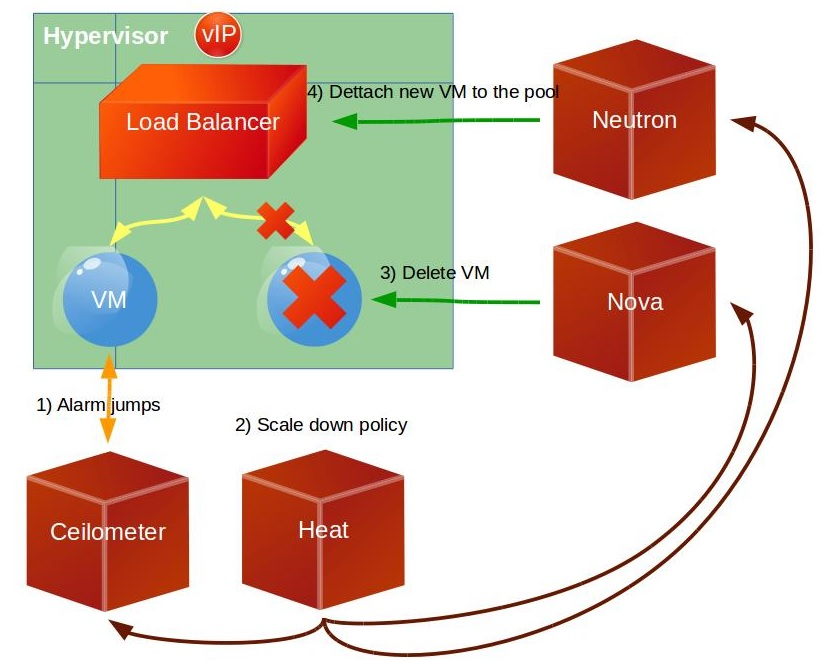